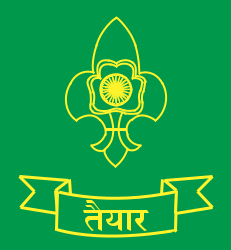 (2) Fire : a. Know different types of fire used in camping/ outing. b. Lay and light a wood fire in the open with not more than two match sticks

8. SERVICE : Complete any one of the following :

13. PATRIOTISM : Collect information on our heritage and culture and prepare a log Sea Scout: In Addition to above tests a Sea Scout will

(iv) Dwitiya Sopan Badge shall be worn on the left arm in place of the Pratham Sopan Badge.